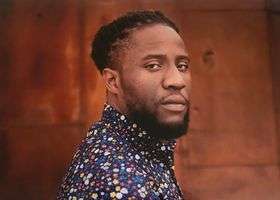 On this segment of Black Man Redefining, our featured Black Man, Maurece Lewis, shares what it means to be him and walk in his shoes. He takes us through his definition and understanding of masculinity and how he lives it out. Maurece also gives us a peek through his lenses so that we can gain some perspective on what it means to be a Black Man for him. Maurece takes us through history, science, and reality, as he shares his thoughts on masculinity, Blackness, and manhood. Please take a moment to dive into Maurece’s story.

Hey Maurece! Thank you so much for being a feature this month! I always have my featured persons start by introducing themselves to the audience. So, take some time to let the readers know who you are. Don’t hesitate to drop some accolades.

What’s good yall! My name is Maurece, but I’m usually heard being called Moe. For the last three years I have been working as a 7th grade science teacher, but unfortunately (not really) this is my last year. In the summer I will begin a post-bac program at UNCG in order to qualify for medical school! My goal is to not only work in medicine and heal the physically wounded, but to spiritually connect with individuals and bring them into a better awareness of the love the Creator wanted each and every one of us to experience through my conversations and interactions.

I am a “nature nerd”. You will often find me outside running, biking, hiking, or kayaking. Either outside in nature or inside in the kitchen…..cuz I throws downnnnnnnn lol. For about the last 17 years or so, cooking has been one of my passions. I love putting energy and love into a dish and then watching it spiritually, emotionally, and physically bless those that consume it. My speciality is Jamaican cuisine and my most requested dish is curry chicken, rice and peas, and cabbage.

I’m from Oxon Hill, MD, but currently live in Rocky Mount, NC. I have been featured in the local museum for the grammy-winning Black Light Project. This is an organization/project whose sole purpose is to change the narrative in the media of black men. Shifting it from darkness to light by highlighting positive men in different communities positively impacting the community. Be on the lookout for a youtube series I’m hosting where I will be interviewing the different men featured in the area where I reside. (sidenote: I really wanted to put “where the money reside and not where I reside lol)

I am a member of Alpha Phi Alpha Fraternity, Inc. This aligns with who I am at my core; an individual who loves to show love to others through my service. I love helping others, especially those in need. It is who I am.

I would consider myself a philosopher. I love growing in knowledge and understanding as well as looking to understand life, the human condition, and behavior in a much deeper manner.

What was your first lesson on masculinity? Does that “lesson” have any impact on your life now?

This is an interesting question. I don’t have a highlight of my first “lesson” on masculinity. However, because of my understanding of the “man box”, I will have to say the lesson that the individual was trying to teach was that men don’t express emotions unless it’s anger. Throughout my life, I’ve noticed I was more sensitive than others. I was ALWAYS told that men aren’t emotional or sensitive. So, in any situation where more “feminine characteristics” like fear or sadness were presented I was pulled aside and told to “man up” and “get myself together”.

After growing in my understanding of the false representations of masculinity and manliness I know there is nothing wrong with being a man that is more understanding of his emotions and willing to experience those deemed “feminine”. It wasn’t until I was an adult that I learned about the false representations of masculinity I was presented with and began to delve into understanding them. Currently, I work to not only continue to understand how societal categories, like masculinity and femininity, divide instead of unify but also work to tear down the strongholds deeply ingrained in a patriarchal society.

How do you currently define masculinity?

The concept of masculinity for the majority of time has been solely ascribed to men and femininity ascribed to women. From my understanding of science (biology/physiology/chemistry), psychology, and spirituality, I have learned that contrary to popular belief, men and women possess both masculine and feminine characteristics.

One’s emotions and their ability to manage them are the manifestation of these characteristics. Masculine characteristics are those ascribed to dominance (assertiveness, independence, emotionless except for anger, one-sided, etc) and feminine characteristics being more “submissive” (understanding, dependant, emotional, nurturing, caring, loving, etc).

The problem is that no one individual solely possesses one side of that two sided coin. Based on that understanding, I think you are asking how I currently define manhood/ what it means to be a gentleman. So I’ll explain my perspective on that.

There’s a creed I would have the young black men that participated in “The Gentlemen’s Agreement” recite during every meeting we held. It stated, “to be a male is a matter of birth, to be a man is a matter of age, but to be a gentleman is a matter of choice.” I choose to be a gentleman. This requires that I choose to not only be assertive, dominant, stoic, independent, and tough at times (masculine), but that I also am loving, caring, submissive, dependent, emotional, and nurturing (feminine) as well.

Have you ever had to teach a lesson on masculinity or have a conversation with a young male about the subject? If so, how did you handle that conversation?

I have taught a lesson on masculinity on two different occasions. The first time was to a group of young men from the church I attend. We had a lock in and I was chosen to present on a topic. The other was to a group of young black men that I mentored through a program at the middle school I teach at called The Gentlemen’s Agreement.

On both occasions, I introduced them to the concept of “the man box” and how being raised in a patriarchal society indoctrinates them with false ideals of manhood. Some of those ideals being that men, “do not cry or openly express emotions (except anger), do not express weakness or fear, do not be “like a gay man”, view women as property/objects, etc.” We openly had discussions about occasions when they did not adhere to these ideals and the impact it had on their development as young men as well as times when they went out of character to adhere to this code.

Being the outgoing individual I am and already having developed relationships with the young men, it was easy for them to open up and dialogue about their personal experiences. It felt good to awaken the young men up to concepts that will hopefully change their perspective and make them into more accepting men.

What does being a Black man mean to you?

Being a black man is by far the most lit and depressing life to live. I would however,  definitely say that the good outweighs the bad, and that I wouldn’t want to replace my life for that of any other race.

There’s a podcast that I listen to called, “While Black.” This podcast interviews black people from a range of different backgrounds, perspectives, and religions, but begins every episode with a few signature questions. One, asking them to explain the best part of being black. I’ll start with the explanation on that and then delve into that of being a black man.

Being black, makes life around us shine brighter and it amazes me how we tend to be defined but are the most undefinable group of people on the planet. I would have to say that this is partly my favorite part of being black. Wherever I look and through all the negative we as a group of people go through, I love that we haven’t let anything stop us from bringing this life and light to the world.

Being a black man adds to the hype of being black. Kanye West said it best, “We shine because they hate us, floss cuz they degrade us”. Regardless of what we go through, we will always shine and we do a damn good job at it. We possess strength when we walk into a room and leave lasting impressions when we exit. Our influence is unmatched and when fully realized we have the power to change not only people, but communities, towns, countries, and the world as a hole.

After all that was said, I would have to say that the best part of being black and being a black man is black women. They are the most blessed (pronounced bless-ed) thing to walk this earth. From the way that they walk, to the way that they talk, to their hair, to the power they carry in their minds and hearts and words, to the wisdom they possess, to the power they have. Black women, by far, are not only the greatest gift to black men, but to the world.

That is why I will forever say representation not only matters, but influences as well. We definitely need more black male teachers. However, as a society, realizing the impact of black men in the school, they need to be compensated for their impact as well!

My first black male teacher was in the 6th grade and I’ve had a total of 2 black male teachers in my lifetime. They didn’t teach me anything deep that I remember, but I will say it felt good having black men as teachers.

Black men have regimens too. Do you have any hair, beard, or skincare regimens or favorite products? If so, what are they?

I have a skincare regimen more so because I have extremely dry skin. I always lotion and moisturize with coconut oil as well. That’s my go to actually; coconut oil. I use it in my hair, on my skin, and to moisturize my struggling beard.

If I could encourage anyone, I would simply tell them to keep their head up and keep pushing towards the goals that they have despite all that’s coming against them. That these goals are achievable because there is intrinsic greatness that they possess to achieve and surpass their goals.

I would also tell them to not be soo hard on themselves and to take some time to reflect on all they’ve triumphed through thus far in their life. I know if I personally struggle with the changes to life because of COVID others are as well. I know it can be discouraging.

However, I also know that current struggles prevent individuals from seeing all they’ve persevered through thus far in their lives. It’s good to just sit back and reflect on your personal greatness

I hope you enjoyed reading Maurece’s segment. Stay tuned for our next monthly feature of Black Man Redefining. 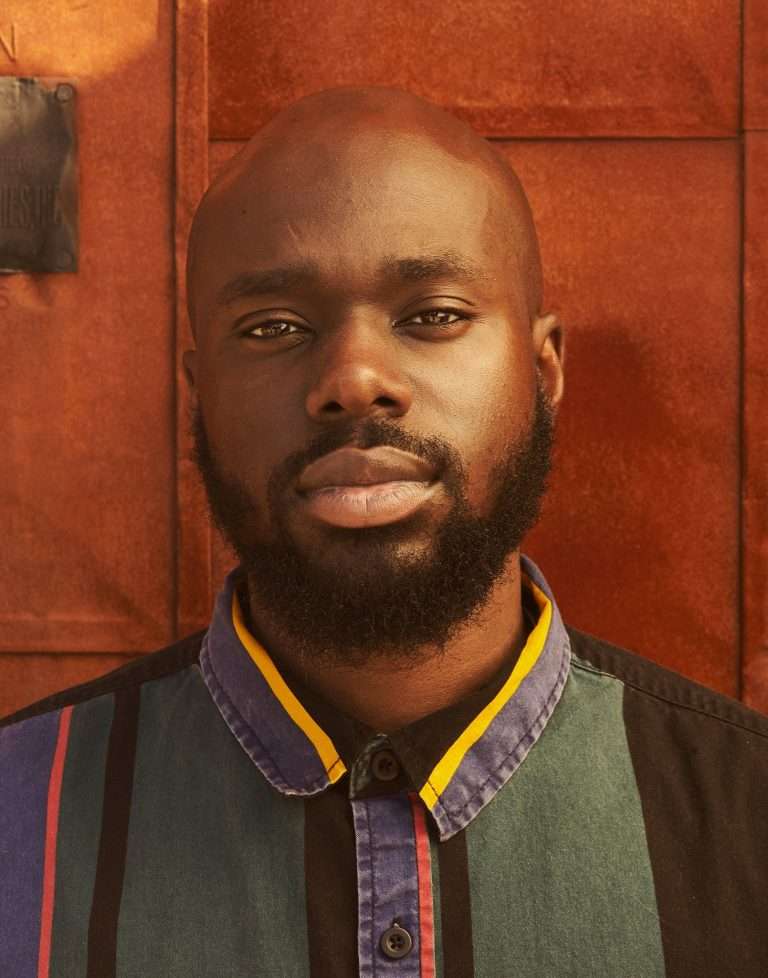 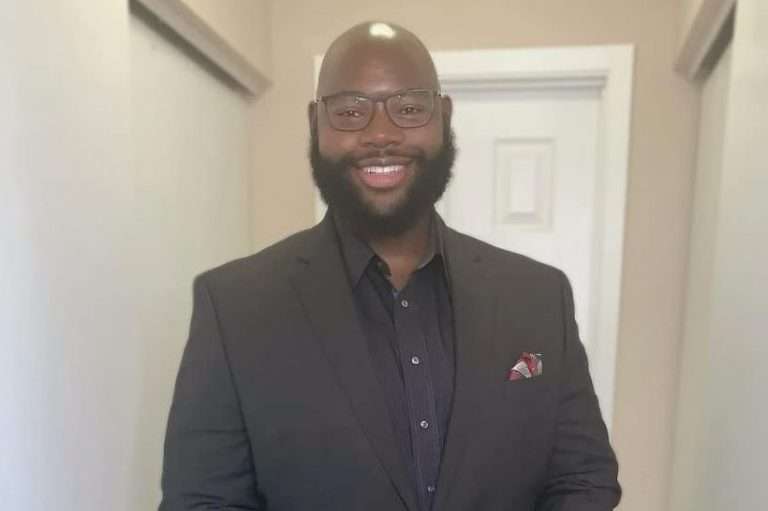 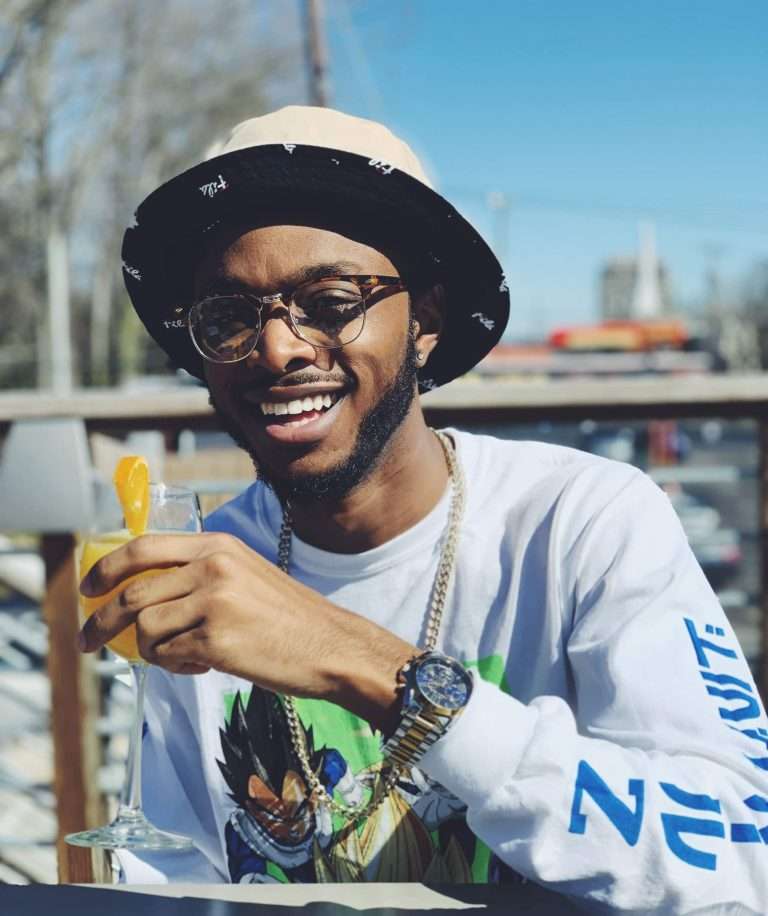 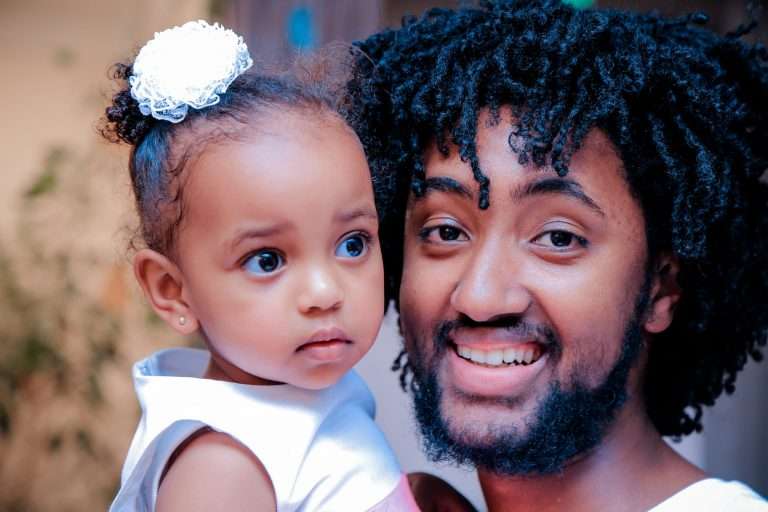